Vortex Razor vs Viper Spotting Scope: Worth the upgrade? 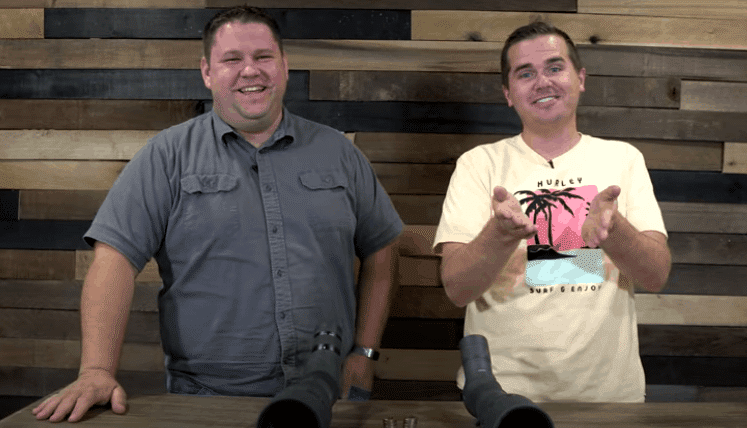 You guys, I am nervous about this review. Every time we do a review that is in any way negative, the haters come out of the woodwork, because people say, “Well I bought it and it’s awesome.”

We went into the sporting goods store, Sportsman’s Warehouse, and we had the salesman there. He has three mats. He sets the Razor, the Viper, and a Swaro $3000 spotting scope all side by side. We get them all pointed at the exact same thing, with a lens focus chart too, so it was a cool setup.

After I got everything settled in, zoomed in, and all focused exactly the same on the focus chart, I had Ricky look at each one and he said they all look the same to him. But, since I have a background in photography, I was able to see the slight differences in clarity and discoloration and note which lens was a little bit better. But as a normal person, Ricky was not able to tell the difference.

So, we decided to take them outside and test them.

And that is what we did. We put a scope camera on the Razor and Viper and got some footage. In the YouTube video below, you will be able to see the footage so you can see side-by-side clips.

Something we should point out is that it is really hard to do a review of spotting scopes because the examples are only as good as the camera that is recording.

I will say there is an extra touch of clarity when you are actually looking through it with your eye, that is lost in the camera. So, in the example with the target, the rings are hard to see, but when looking with the naked eye, you could pretty clearly see those rings, but the bullet holes were still hard to spot.

It is not a perfect example to show this on video, especially where we are talking about how they are so close and we are trying to tell the difference.

I will say, after being a professional photographer for a lot of years and having reviewed on a photography site probably one hundred lenses, the difference is really tiny.

So when I look at these like at the lens focus chart, the Razor has better acutance, but not better resolution. Sharpness is made of two things. When we are talking about fine details, like how tiny of a thing it can resolve and show, that is the resolution.

The key here is that if we were in the woods, we looked in both scopes, someone switched them with us knowing and we looked again, there is no way we would know the difference.

The general wisdom out there is when it comes to spotting scopes, spend as much as you can. We believe that!

The other thing that makes it hard to tell the difference is if you are not a really skilled photographer or know a lot about the optics, there is enough variability in just setting the focus that you could totally off-set any gains you get. It actually takes some skill to learn how to get that perfect sharpness in here. Most people will be close, but not quite spot on. If you do not have the skill to use it, even in a scientific way,  you will not even notice.

I am telling you, I am a snob with lenses. As far as optically, I would just buy a Viper.

Here is the thing. We are backpacking in a few miles for our next hunt and in doing that, would it be nice to have the slightly smaller spotting scope? Yes. The Razor will not even fit in some side pockets in packs.

Ricky can hardly tell the difference in the weight. Eleven ounces when you are backpacking, you want to minimize the weight as much as possible. And yes, the Viper is big. He has a big pack. It is a 6,000 cubic inch pack, so he is not too concerned about space, so he is not too worried about carrying the Viper  And so for Ricky, it is not worth the $700.

The weight of two baseballs is eleven ounces. It is not that much. But every ounce counts, for sure.

If you are not backwoods hunting, why would you pay more so you could have a slightly smaller version of what is really the same thing.

It is a tough choice between them. In the end, we chose to go with the Viper. Optically, again even being a snob with lenses and stuff, it is just not worth it for me. But again, there is nothing wrong with the Razor. It is newer, the optics are just slightly improved, it is a better form factor, it is lighter.

So there are good reasons to choose both of them, but that is our take on it! 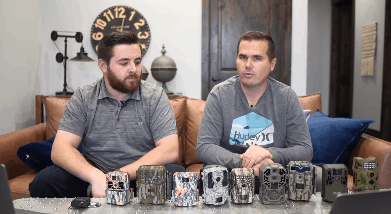 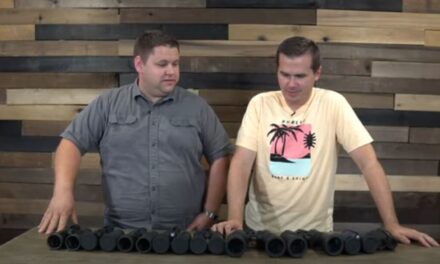