Alabama Coyote Hunting Guide: Laws, tips, and where to hunt

As many ranchers and farmers in the Western states know, coyotes can be a serious problem and threat to livestock if they are not controlled properly. However, what many may not know is that coyotes have become a nuisance animal in the state of Alabama, and along with feral hogs, are now legal to hunt at night with a standard license. Are you curious about hunting coyotes in Alabama? Below you’ll find the information about the laws, coyote hunting tips, and the best places to go if you want to plan your hunt.

There’s a lot more to hunting coyote than just when it’s legal. We’ve got the tips to help you be successful.

As of April 2021, Alabama Governor Kay Ivey signed a new law allowing Alabama Conservation Commissioner Chris Blankenship to establish new regulations on hunting season for coyotes, as well as feral hogs. This new law will allow both animals to be hunted at night without the requirement of a depredation permit. The license can be purchased for $15 ($51 for non-residents).

This new law also means that anyone with a hunting license can hunt coyotes or hogs at night at any private location that they have permission to hunt while not in firearm deer season.

This nighttime hunting season will start July 1st and run through November of 2021.

According to several state employees, they do allow nighttime hunting at all times that are not deer firearm season. Since these dates can change slightly every year, double-check before you plan a trip. If you choose not to purchase the new license, you can still obtain a depredation permit through the Alabama Department of Conservation and Natural Resources website, or through a state-approved licensing location.

For regular coyote hunting, there is no bag limit and no closed season for hunting in daylight hours only. Trapping is legal for landowners and their agents.

A great resource for additional legal information is OutdoorAlabama.com. Despite the “dot-com” ending this is the official state website.

Tips: Increasing Your Chances for a Successful Hunt

For even experienced hunters, hunting coyotes can be a challenge. They are an opportunistic pack animal that is quite intelligent, which can at times make them harder to track and even harder to shoot.

To have a successful coyote hunt, the first thing to do is learn their behavior. Coyotes are smart animals who are also cautious, so it’s just as important to have a good setup for hunting them as it would be for deer or ducks.

Most seasoned coyote hunters prefer using pre-recorded animal distress calls to lure them out, particularly pre-recorded chicken, calf, or deer distress calls, since that is often what they feed on here in Alabama. Before going out on your hunt, get a good layout of the area, and see if you’re able to position yourself on a hill or in a tree overlooking a field.

Placing a distress call there, along with a decoy, can maximize your chance for success. Being able to make a shot on a moving target can be an important skill for hunting coyotes.

When hunting coyotes, paying attention to weather patterns is crucial to being able to track them. Weather fronts, particularly stormy weather, lead the coyotes to head to their dens and seek safety. This can be the perfect time to set up your distress calls and decoys and to position yourself to get the optimal view of coyotes as they travel. As soon as the rain stops, they will get out of their dens and start to hunt.

This is a particularly effective tactic in the calving season as they will typically have their litters right before the start of calving season, and then they have all those hungry mouths to feed.

Alabama terrain is going to be one of your biggest challenges. Heavy foliage, dense brush, and awkward property lines can cause issues on where and how you hunt.

Expect shorter distances and do a fair amount of research before you just head out to a hunting spot. Another way to overcome this obstacle is to use different equipment which I will elaborate on more below.

The only real way to get good at this is to study and know your local coyote populations. Find out if they have been feeding on the calves or chickens more, maybe even a surplus of rabbits in a field. Use those distress calls to lure them in. Research is your friend!

In almost all of Alabama, you are going to be hard-pressed to find an area to hunt past 200 yards.

This and the fact that coyotes are not particularly large animals opens the flood gates on calibers to chose from. For myself though, .223 rem/5.56x45mm seems to do the trick just fine. Jordan Buck wrote a great article really narrowing down the best .223/5.56 bullets here. Coyotes can be reliably taken with 22 WMR and larger cartridges when skill and maximum distance to the target are accounted for.

Bullet selection should lean you towards lighter quick energy dumping rounds over deep penetrating rounds because of their smaller size and the value of their pelt. In Alabama, they tend to stay well below 50 pounds.

Since we are dealing with shorter than average distances and a smaller animal, the rifle and caliber you chose are not likely to make the difference between and successful and non-successful hunt, when predator population control is your goal.

Your position, camouflage, scent killer, and forethought will make a difference. Try using tools like satellite imagery to print out and mark your possible hunting areas. Then scout the area before your hunt and pick a place. De-scent and camouflage your blind a week beforehand if possible. This lets them become complacent to the new addition to the terrain.

Last thing to do is to place out your call during the hunt. I have heard of locals being successful with using a cell phone distress animal app, but a more purpose-built device has some major advantages. One advantage is eliminating the risk of an ill-timed phone call turning off your distressed rabbit and scaring off the incoming coyotes with your ACDC ringtone.

Hopefully, this has given you a good starting point if you are interested in Coyote hunting in Alabama. Do not forget to check with your local hunting groups to get information about tournaments and competitions. One of my local Fire Department host a local coyote hunting tournament that you will only know about through word of mouth and calling around.

Don’t be afraid to ask around and I think you will find that, unlike a good deer hunting spot that you keep secret, people, especially ranchers, will take you right to a spot that coyotes are causing problems!

Coyote Hunting in Alabama A quick guide to get you started on your quest to hunting Coyotes in Alabama. Even experienced hunters might hear a new tip or trick. 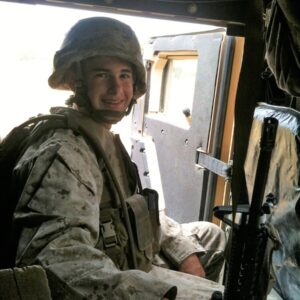 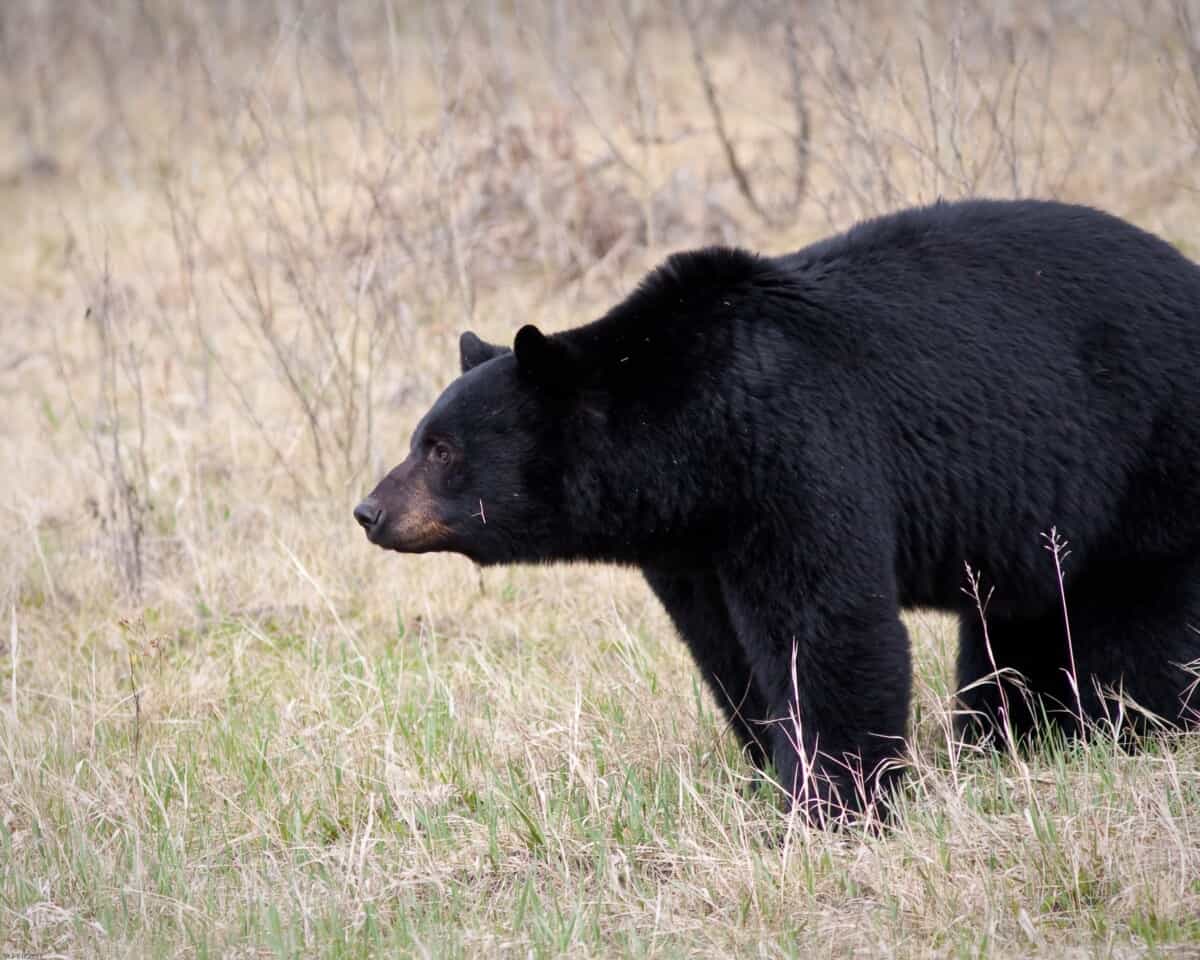 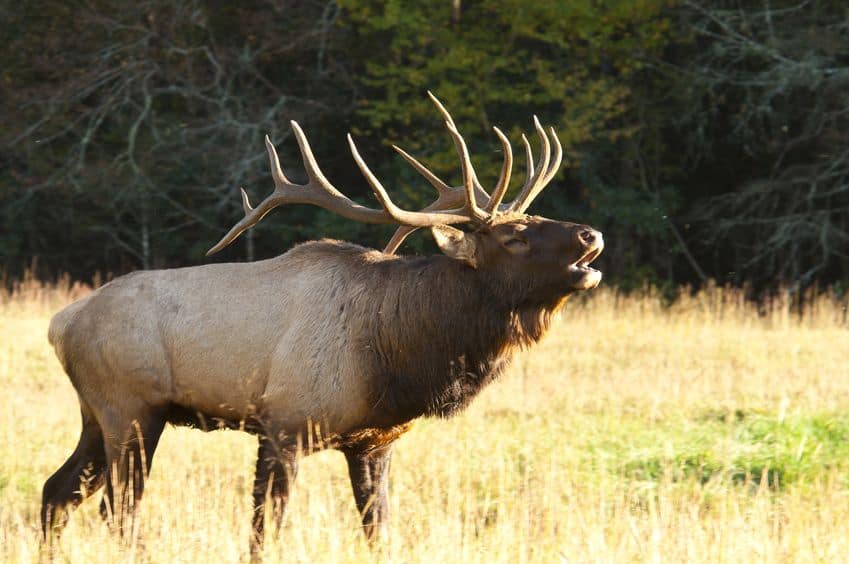 .28 Nosler for Elk Hunting: Is it the ultimate elk cartridge? 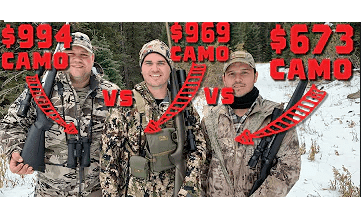 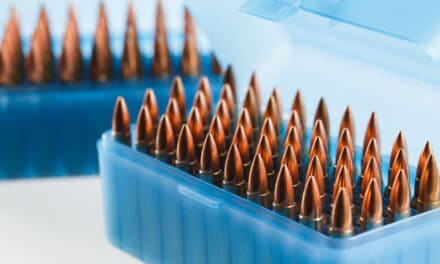