The Best Long-Range Hunting Cartridges On the Market 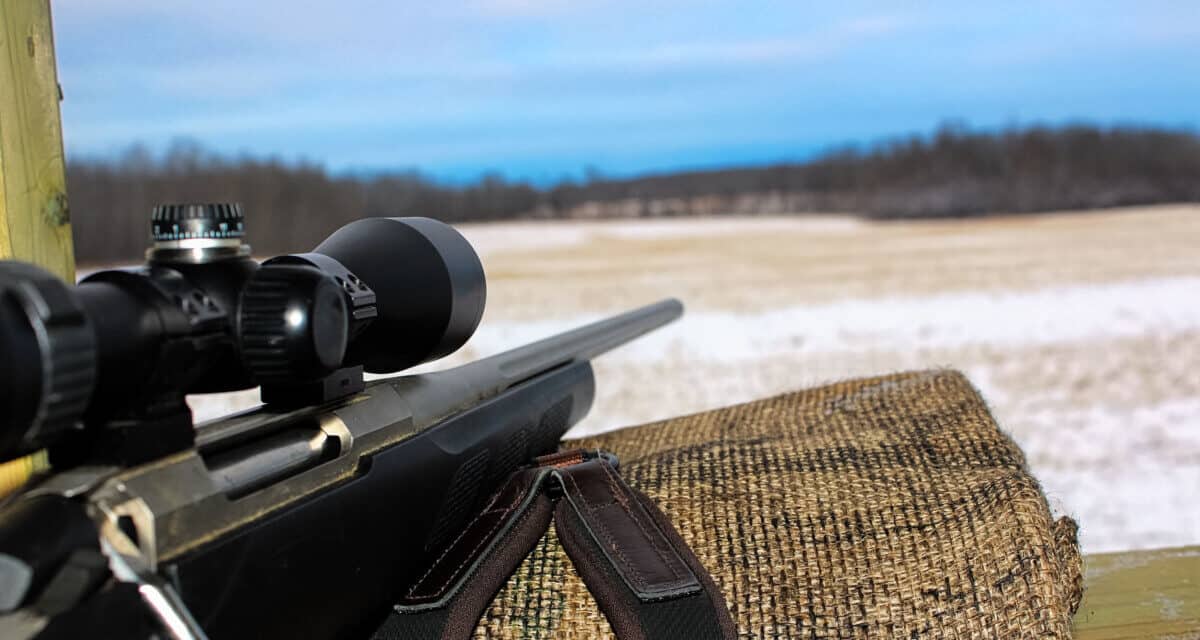 Over the last decade, long-range hunting has taken the sport by storm. Entire businesses and many competitions have sprung up dedicated to furthering the sport.

I want to be very clear about one thing: Most of the extreme range hunting I see is downright unethical in my view. Even if you’re a very skilled shooter, there is a specific variable you can never control that puts limits on how far an ethical shot can be taken–regardless of your skill.

So please don’t take this blog post as my stamp of approval for unethical hunting practices. It is merely a resource for responsible hunters who want to know their gear.

Three of the best long-range hunting cartridges are the 26 Nosler, 28 Nosler and the 300 Weatherby Magnum.

Though only narrowly overcoming some of the other contenders, these three cartridges all have a few things in common.

The 28 Nosler is the top choice for long range hunting as it boasts a just-right caliber for hunting most big game with high down range ballistics.

The 28 Nosler is influenced by wind deflection substantially less than any of the .30 Calibers while also maintaining a velocity of 1900 FPS beyond 700 yards. The 28 Nosler drops less at 700 yards than any non .26 caliber up for consideration and maintains tolerable recoil. This 7mm offering from Nosler truly checks all the boxes for long-range hunting.

Firing a .26 caliber bullet, the 26 Nosler is ballistically similar to the 6.5-300 Weatherby Magnum, but better rifle selection as well as slightly lower recoil makes it the best .26 caliber (6.5 mm) for long-range hunting. The 26 Nosler is the lightest recoiling cartridge up for consideration, making it the choice for smaller, or recoil sensitive hunters.

What Makes a Cartridge Good For Long-Range Hunting?

For a cartridge to be considered for long-range hunting, many factors should be observed:

Caliber is important, as some calibers such as .26 and .28 are regularly fitted with bullets with high ballistic coefficients-meaning they are adept at defying wind and drag. By defying these forces, bullets more readily reach your target accurately.

Terminal energy should also be considered, as the projectile must reach the target with enough retained energy to penetrate the quarry, causing ample shock and trauma to still make a clean kill. For long-range hunting, expect cartridges with large case capacities-allowing enough powder to send the projectile down range in a hurry.

The same high case capacity that contributes to a cartridge’s terminal energy is integral to the design of long-range cartridges. The extra powder is used to ramp up velocity. By attaining high velocities, a projectile reaches its terminus more quickly, minimizing the amount of time wind and atmospheric drag-not to mention gravity-has to diminish the bullet’s efficacy.

Utilizing large case capacities in unison with large for caliber, high ballistic coefficient bullets allows for a cartridge to have enough velocity, accuracy and downfield energy to be a successful long-range hunting cartridge.

Ultimately, you want a cartridge that shoots a bullet of high quality design and construction that has the inherent ability to cut through wind and drag, with enough velocity to perform as designed when the target is reached.

Backfire has made the selection of long-range hunting cartridges easier on hunters with a data-chart of useful information regarding wind drift and velocities.

For long-range hunting, (anything ethical beyond 300 yards) wind drift and velocity levels at distance are paramount. Backfire’s chart offers data on cartridge wind drift at 700 yards (I do not endorse 700 yard shots on game-though shooters today are certainly capable of making them) and the distance a cartridge’s projectile maintains a minimum velocity of 1900 FPS, which allows the bullet to expand as designed.

When pouring over Backfire’s long-range hunting caliber chart, we see that any cartridge that offers less than 40 inches of wind drift at 700 yards is top-tier. Equally, we may observe cartridges that maintain a minimum velocity of 1900 FPS at 700 yards are also in the upper echelon of choices.

Using less than 40 inches of wind drift and a minimum velocity of 1900 FPS out to 700 yards as our bar for cartridge selection, only nine cartridges fall within both minimums:

Four other cartridges come very close to meeting this criteria, and should be considered as viable long-range hunting cartridges: the 7mm Weatherby Magnum, 7 Winchester Short Magnum, 30 Nosler and 300 PRC. Let’s take a peek at the numbers for those cartridges.

Some of these cartridges can be removed from consideration:

The only .27 caliber that has met our criteria for long-range hunting is the .270 Weatherby Magnum. We can remove this cartridge from consideration when we realize that it retains less energy at 700 yards than either .26 caliber option on this list. 700 drop is also considerable with the .270 Weatherby Magnum, at almost ten inches more drop than the larger 28 Nosler.

The 7STW can be removed as finding rifles chambered in that cartridge is challenging or hyper-expensive. As hard hitting as the .30-378 Weatherby Magnum is on prey it also recoils (44.7 ft/lbs free recoil) as much as double as other options that meet our criteria. The 300 RUM can be removed as the least potent of the .30 calibers in consideration. Let’s take a look at the remaining .30 calibers (including the two second-tier choices) in some other important areas:

After reviewing this supporting data, we can also remove the 300 Winchester Magnum from top consideration, as it is eclipsed by the 300 Weatherby Magnum, and in some categories by both the 30 Nosler and 300 PRC which themselves are ballistically comparable.

We find ourselves down to three .30 Calibers, with the 300 Weatherby Magnum the optimal choice. With higher energy levels out to 700 yards than all but the 300 PRC, less drop at 700 yards, less recoil, less wind deflection and the ability to maintain high velocity levels at 700 yards than all of the remaining .30 caliber options makes the 300 Weatherby Magnum the king of the .30 calibers for long-range hunting.

If you already have a rifle chambered for any of these cartridges, you have a viable long-range hunting gun. If you are deciding on which new rifle to buy for long-range hunting, you cannot go wrong with any of our top three choices.

Most hunters look to muzzle energy or caliber selection when determining which cartridge to pick for long-range hunting. I would actually look at two completely different numbers: (1) Wind drift, and (2) The distance at which the bullet dips below 1,900 fps.

Wind Drift – This is how much the wind will deflect a bullet’s path during flight. When hunting, wind swirls through canyons and trees and can be very difficult to accurately estimate. Having a cartridge that is less prone to wind deflection can significantly improve a hunter’s odds of connecting successfully when long ranges are concerned. At typical hunting ranges under 300 yards, wind deflection is only a very minor consideration.

Distance Bullet Drops Under 1,900fps – All bullets require a certain speed to reliably expand the bullet inside the target. If the bullet travels too slowly, it may penetrate, but not expand–leaving only a pinhole rather than a large wound cavity. Some bullets can reliably expand even slower than 1,900fps, but very few would expand just as much below 1,900 as above it.

Thus, the two numbers I would consider first for long-range hunting are wind drift, and the distance at which the bullet doesn’t retain 1,900fps of speed anymore. As long as you’ve selected a reasonable caliber and good bullet selection, if the speed is sufficient to open the bullet, you’ll have a lethal combination. This matters FAR more than a ft-lbs of energy calculation.

Why I Don’t Support Extreme Range Hunting, But Can Accept Long-Range Hunting When Done Responsibly

In my mind, there’s a huge difference between long-range hunting and extreme range hunting. The fact that if someone trains up well and has proper equipment, an ethical shot can be executed at 700 yards doesn’t bother me at all.

I often hear long-range hunting advocates say that we shouldn’t put any number on ethical distances because it just depends on the shooters. I disagree with that point. At some point, there is one critical factor that the hunter cannot control–the animal’s decision to move. If the bullet takes too long to reach the target, even if a perfect shot is executed, the animal can move before impact–causing a wounded animal.

Take this shot made at 1,376 yards by a 12 year-old with the Gunwerks team. While it’s very impressive that the kid did later make the shot, the shooter was not capable of making the shot reliably, so it shouldn’t have been taken. But shooter capability isn’t my point at all. That can always be improved on.

My point is actually about time of flight. Consider how long it takes for that bullet to travel to the target in the example above. Given the cartridge used, it would take 1.53 seconds for the bullet to reach the target. That’s plenty of time for a spooked elk to start walking again after the first shot. Heck, even an elk standing totally still could decide to walk and move 3-4 feet in 1.53 seconds. So it really doesn’t matter how good of a shot you are, you’re still playing roulette when shooting an animal from that distance. I’m not willing to take that high of a chance at wounding an animal.

The argument could be made that it’s still about shooter skill. Perhaps the shooter should just shoot bedded animals at that range. This is also problematic. Shooting bedded animals teaches the animals they are not safe in typical bedding areas–changing their behavior to avoid hunters and potentially putting them in greater danger of other prey. Thus, hunting bedded animals has always been frowned upon. 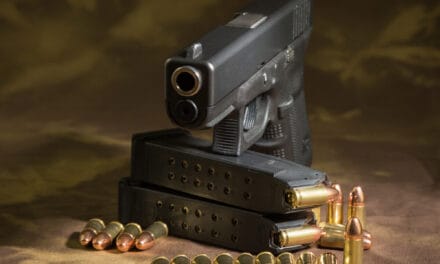 What Animals Hunters Do and Don’t Eat: A complete guide

6.5 creedmoor for black bear hunting: will it do the job? 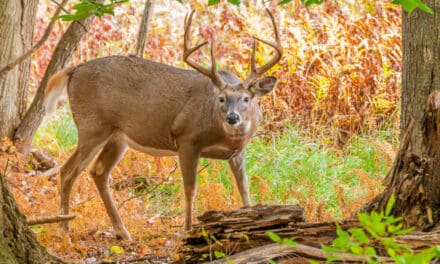